This Panama City and Tocumen Airport spotting event article is kind of long and thus is divided into three (3) parts. You are about to start reading part two (2). Choose here any other part you may want to go to: | One (1) | Three (3) |

TANGO TAXIWAY FOR THE WIN

Finally, the moment for which I had escaped that weekend to Panama had arrived.

The event was after noon, and in the morning we were in the city again.

I will describe what we did in the morning later, let’s cut to the chase for now.

We met the people in charge somewhere in Tocumen Terminal 1, and from there we went to the employees entrance.

We had a security check in that entrance, and then sat in a lounge where Tocumen’s employees eat.

There we were given safety instructions by the people in charge of the event and of taking care of us.

They also checked people’s IDs and their own list, gave us a temporary ID to be able to enter the restricted area, and lent us high-vis jackets.

The event was programmed for two days, but due to the high demand each person could only go one day. I went to the second day.

Everything was going smoothly, even though they had some logistic issues the first day as they told us. I had nothing to complain about.

The weather was something we had a mild fear about, forecasts were bad. And as you may remember, the earlier day we had a downpour in Ancon hill.

But anyway, we were there, and the die was cast. We boarded the bus and went to taxiway TANGO. In some specific piece of that taxiway was our authorised spot. Not a centimetre further!

On the way there we passed near the Airplanes that were in the jet-bridges, and also close to the new terminal 2 which wasn’t yet operational.

Copa’s Boeing 737 MAXs were stored there, offline at that moment due to the situation that arose from the Ethiopian Airlines crash.

We soon reached our designated spot. We were once again reminded of our authorised space, and that was it, shutters away! Besides the security items, there were free water bottles for the people taking part.

Space was wide enough for all of us to take positions without obstructing the rest, and so we did. There were people from Panama, obviously, and many foreigners, including myself.

There was a cloud obstructing the sun, and kind of destroying the good light. But the forecasts of destructive storms ultra the-day-after-tomorrow apparently were not going to be correct.

Anyway, we were still a few hours away to the day’s end. We’d have to wait and cross fingers hoping the weather would not get worse.

The first Airplane to leave once the action began was an AeroMexico Boeing 737-700.

XA-VAM departed to Mexico City, not without greeting before, and we all took photos.

A moment after that, an Iberia Airbus A330-200 landed from Madrid. EC-MNK is an Airplane I’ve seen many times in Rionegro already, and here I was seeing it once again in Panama.

Then, we saw the approach of an Airplane that was going to be one of the stars of the evening.

Panama has an important Asian immigration, many years ago EVA Air from Taiwan used to fly there. Not any longer, though.

Some time ago, Air China decided to fly to the country as an extension of its flight to Houston.

So, several times a week, a delicious Boeing 777-300 flies from Beijing to Houston, and instead of returning to Beijing, continues to Panama City, and goes back the same way.

Who was right there to see it land? Meeeee.

It made a grand arrival to runway 03R, so we had it landing right in front of us.

Unfortunately, the cloud was there. But even though the photo could have resulted a little better, the moment’s excitement decreased zilch.

Being Tocumen, obviously there was big traffic from Copa Airlines.

We could see the operation of the three Airplane types Copa Airlines had flying at that moment, listed below.

Of course, we couldn’t see the Boeing 737 MAX flying, due to the known situation.

Copa has many Airplanes painted with special colours. I had seen some of them in different places, I was expecting to see there the ones I had missed.

I achieved that goal partially, I still have a pair to go.

In the event, I managed to see the Connect Miles, Star Alliance, MLB, and Fepafut Boeing 737-800s. I think the Fepafut one is beautiful.

The operations pick-up truck passed by constantly doing its job, and having a look at us while it did that.

One of the most important missions they have is to survey the runway and the taxiways, making sure that there isn’t any object that an engine could “swallow”.

If that were to happen, there could be catastrophic damage.

In part one I told you I had met with my friends Rascael and Osorn the earlier day.

They are two Copa Airlines’ Pilots that I’ve known for more than 10 years, very cherished friends.

Rascael had left in the morning, but Osorn was due to leave for Bogotá at the time we were there in his superb Embraer 190, and I managed to take a photo of him.

I liked very much the fact that I was able to do that, and I would have liked to do the same with Rascael, and my other friends in Copa (I’ve many).

The evening continued, and the cloud that had been bothering us in the beginning had disappeared. The forecast was shit, but the moment’s reality was a nice afternoon with excellent light.

A United Airlines Boeing 737-800 taxied in front of us as well. It was supposed to be the only one that has the new colours at the time of writing this, but they changed it for a “normal” one at the last minute.

We continued to see Copa’s operation, and every now and then other interesting traffic would arrive, such as this Conviasa Embraer 190.

A Lockheed P-3 Orion appeared too, but approaching to runway 03L. So, it was totally backlit.

The Air China Boeing 777-300 that had arrived a couple of hours before started its trip back to Houston, and then Beijing.

This time around there was no cloud to shroud its beauty, and the Pilots saw us and greeted us.

The evening carried on with its excellent light conditions.

Between Copa’s traffic, and the eventual go-around (as shown below), the European flights started to arrive.

First a Lufthansa Airbus A340-300 arrived from Frankfurt.

The Iberia Airbus A330-200 left for Madrid again, its Pilots also greeted us when they saw us in the event taking photos.

The evening was coming to an end, the light was disappearing. But we managed to take photos of the last widebody Airplane from Europe of the moment.

After the Air France Dreamliner the last Airplane of the day for us arrived, a DHL ATR 42-300F. Like the P-3 Orion, it landed on runway 03L and hence was totally backlit.

Since no more Airplanes were coming at the moment, and it was getting dark, the event was declared finished.

Tocumen operations pick-up truck arrived, and once in the bus, we followed it toward the security checkpoint we had entered through in the beginning.

Not without going around terminal 2 once again, getting close to the Boeing 737 MAXs, and going again to the operational jet-bridges in the other terminal.

We returned the temporary ID and the high-vis jackets, and after some closing words the event was declared over.

The event passed smoothly, without issues anywhere, and with excellent light most of the time despite the forecasts from days before.

Personally, I can only thank PTY Skylovers and Raúl Sanjur in particular for the initiative and the organisation, and very especially Tocumen for allowing it.

More photos of the event in the gallery below: 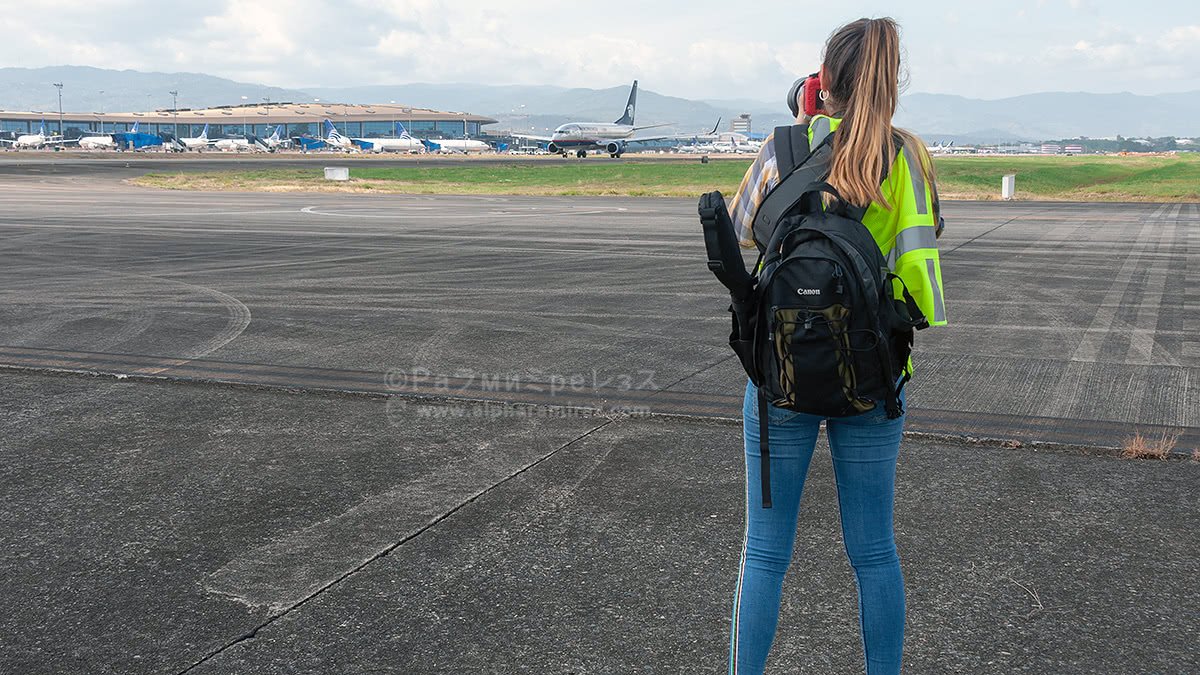 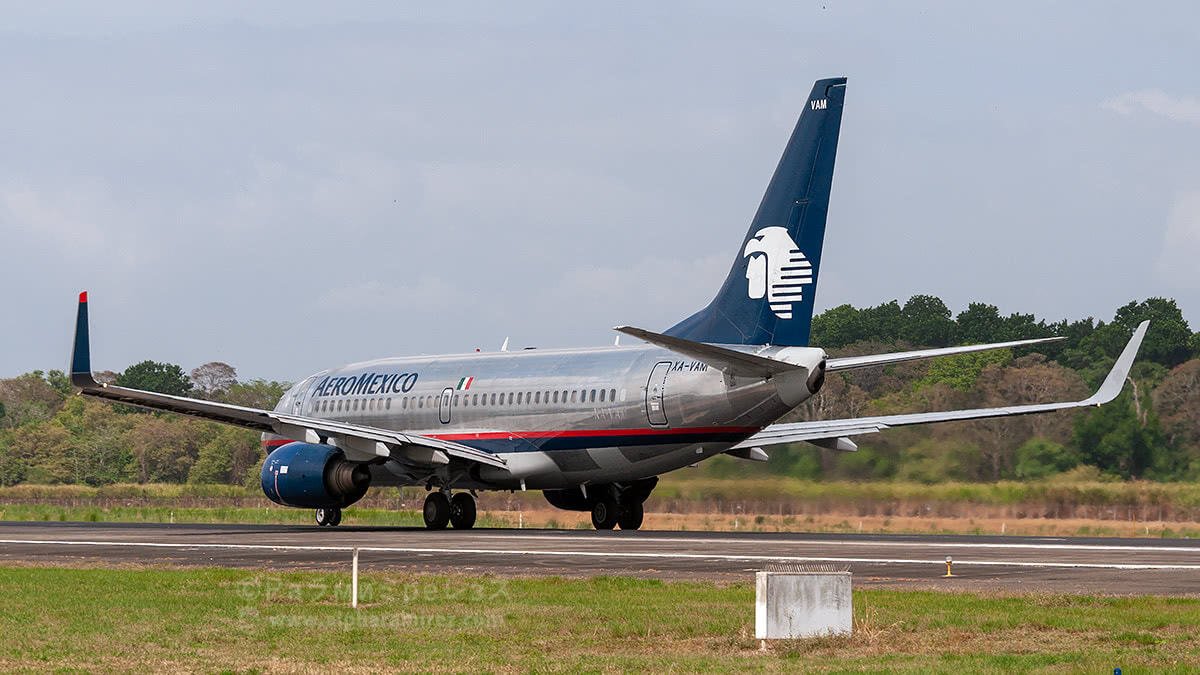 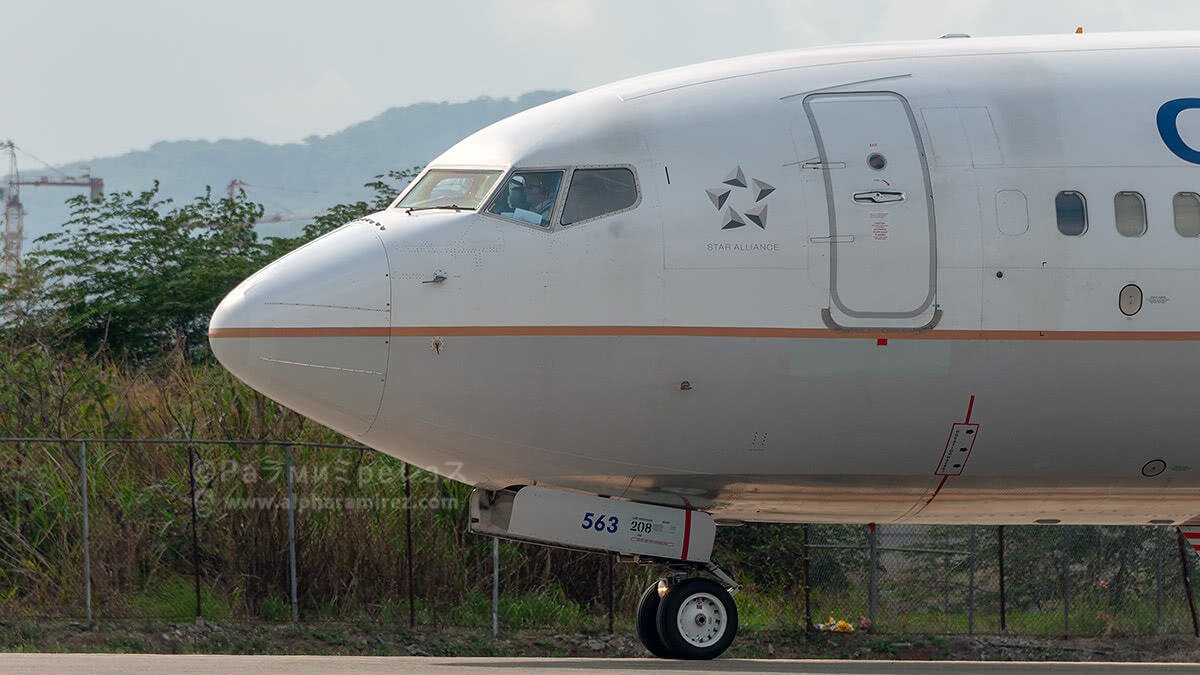 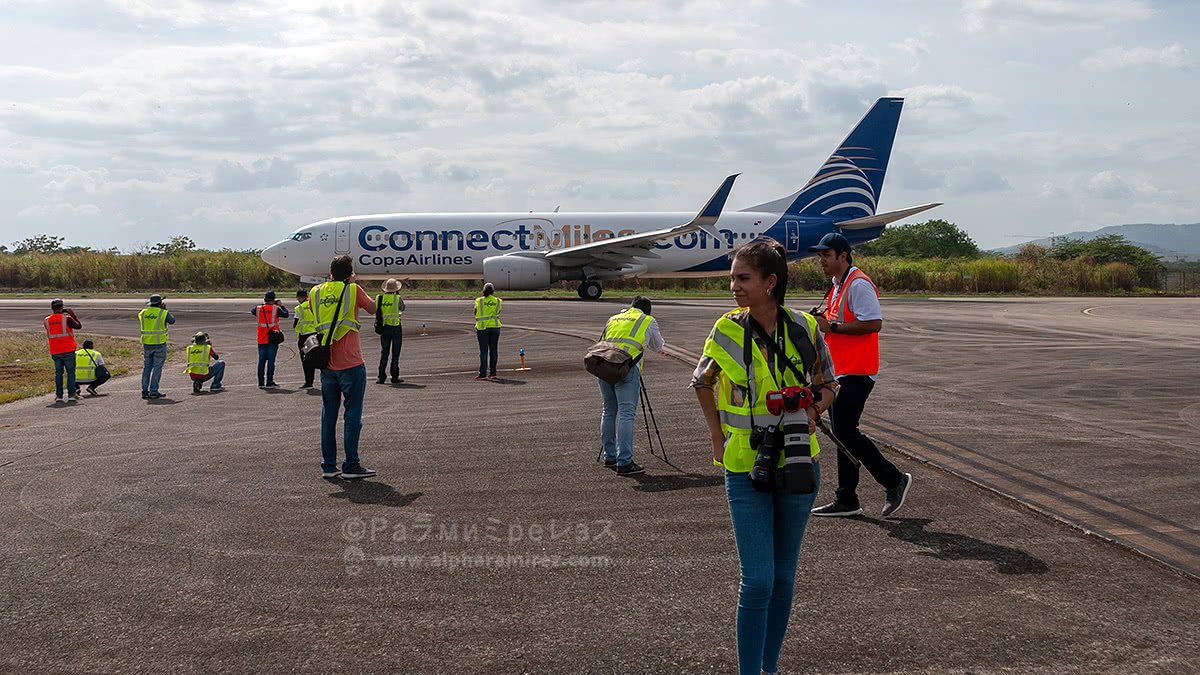 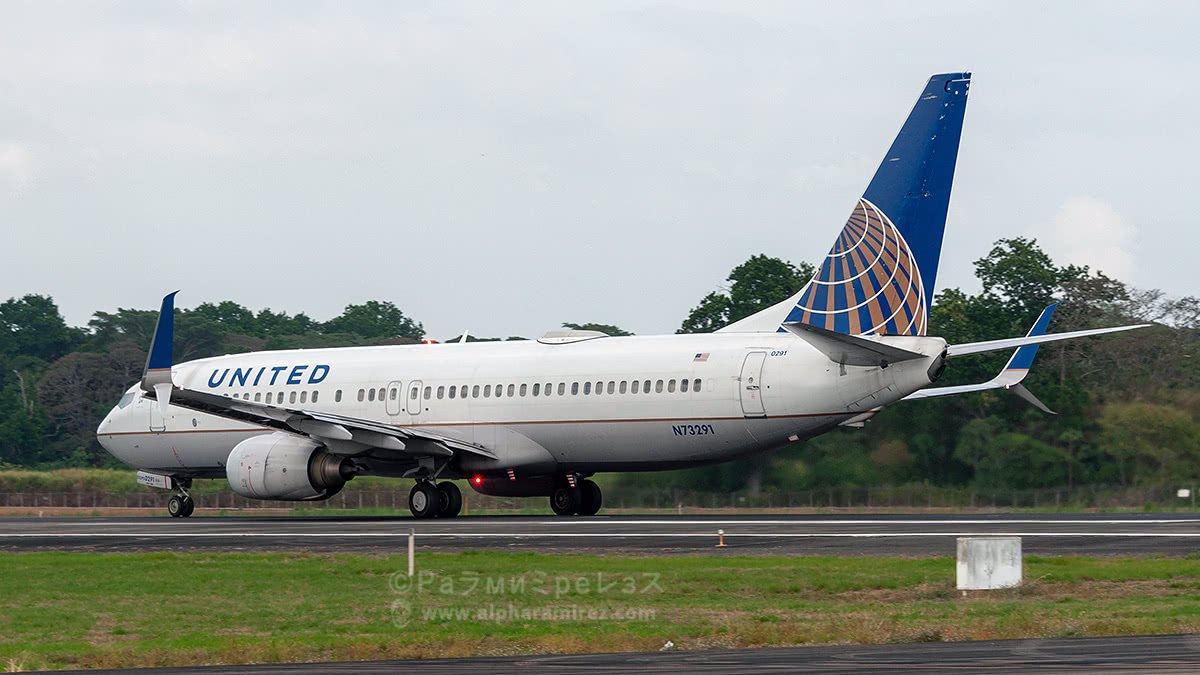 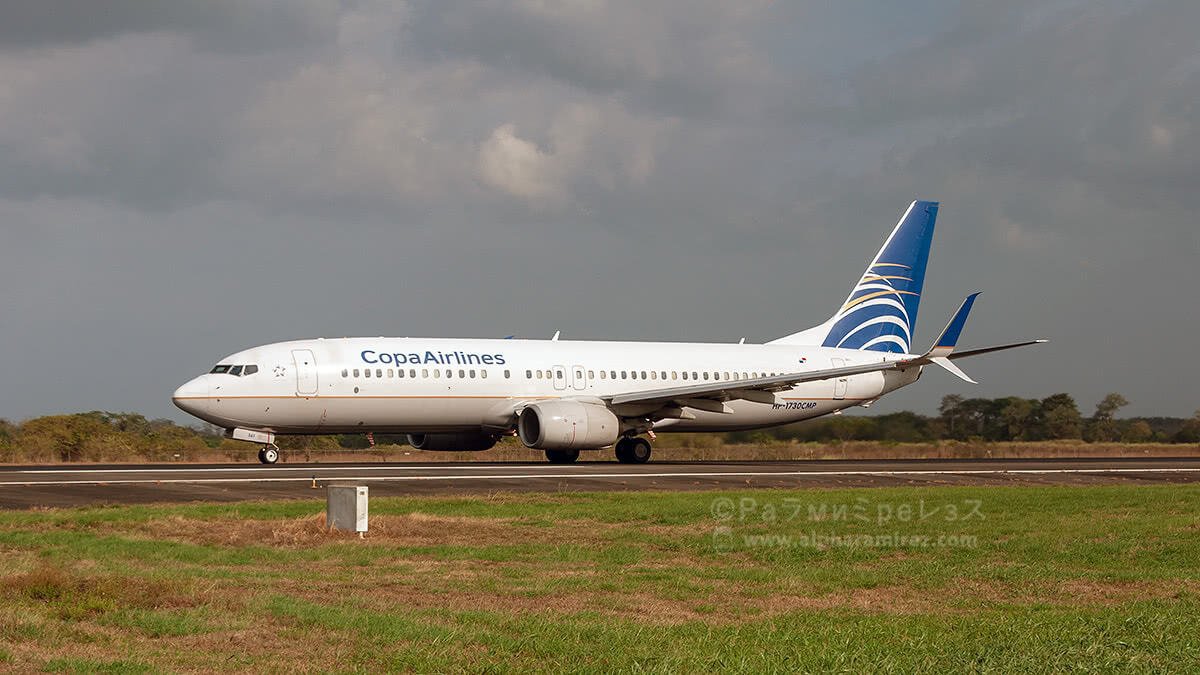 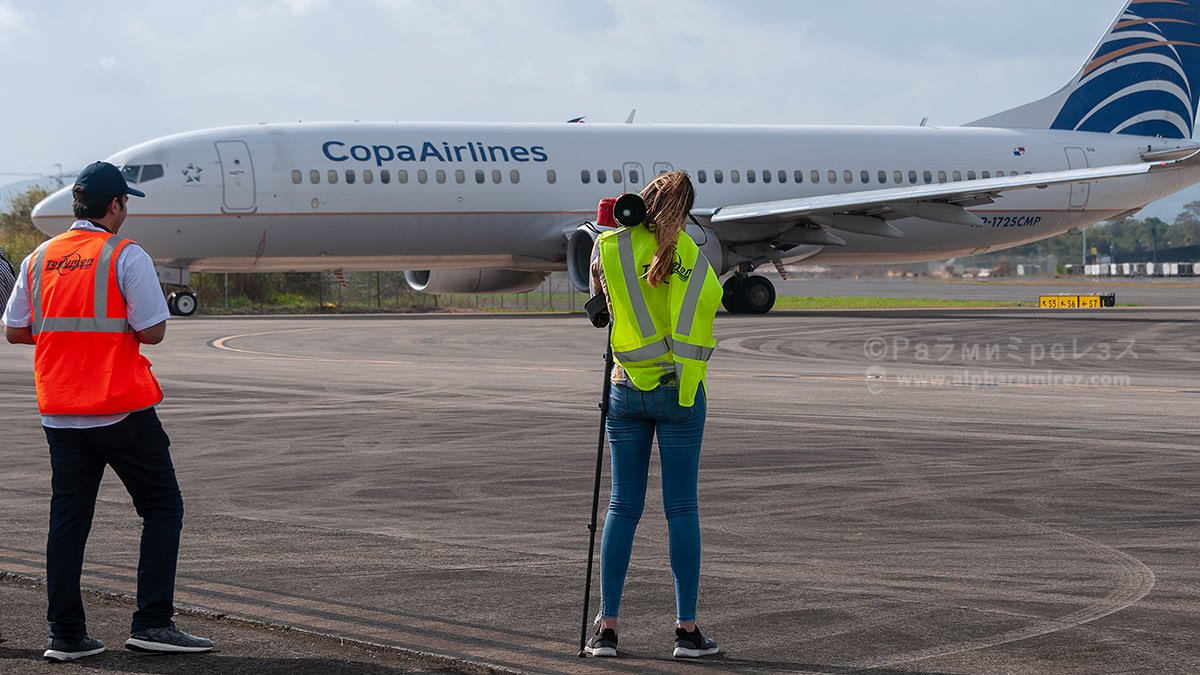 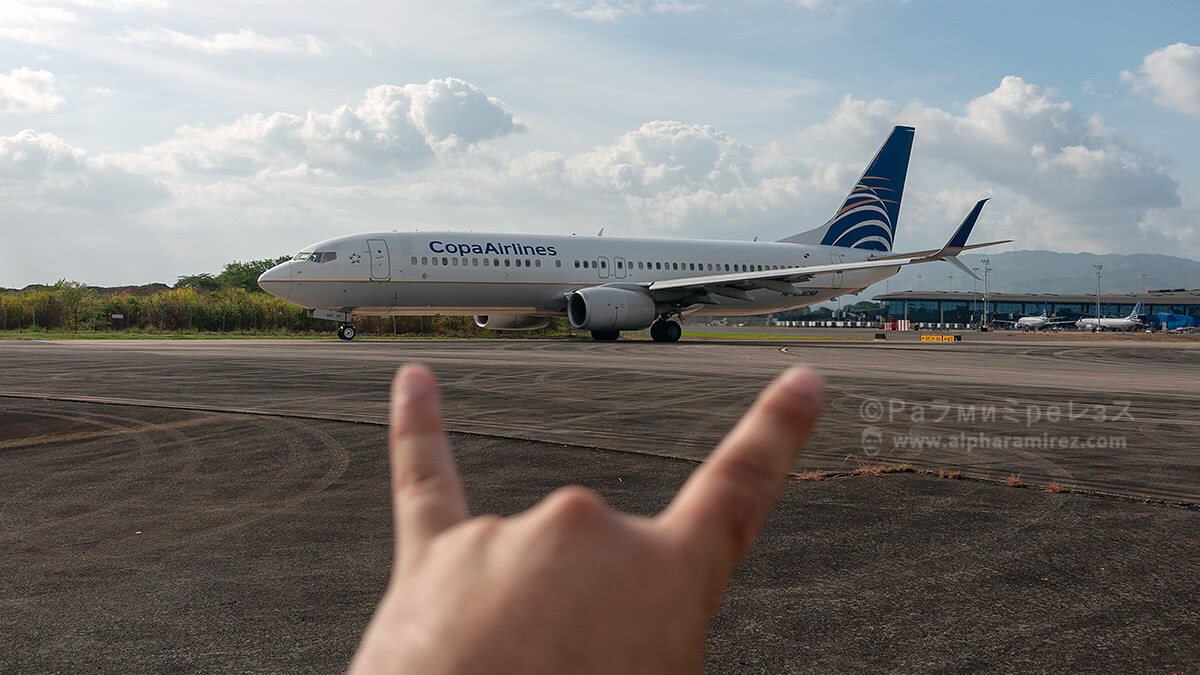 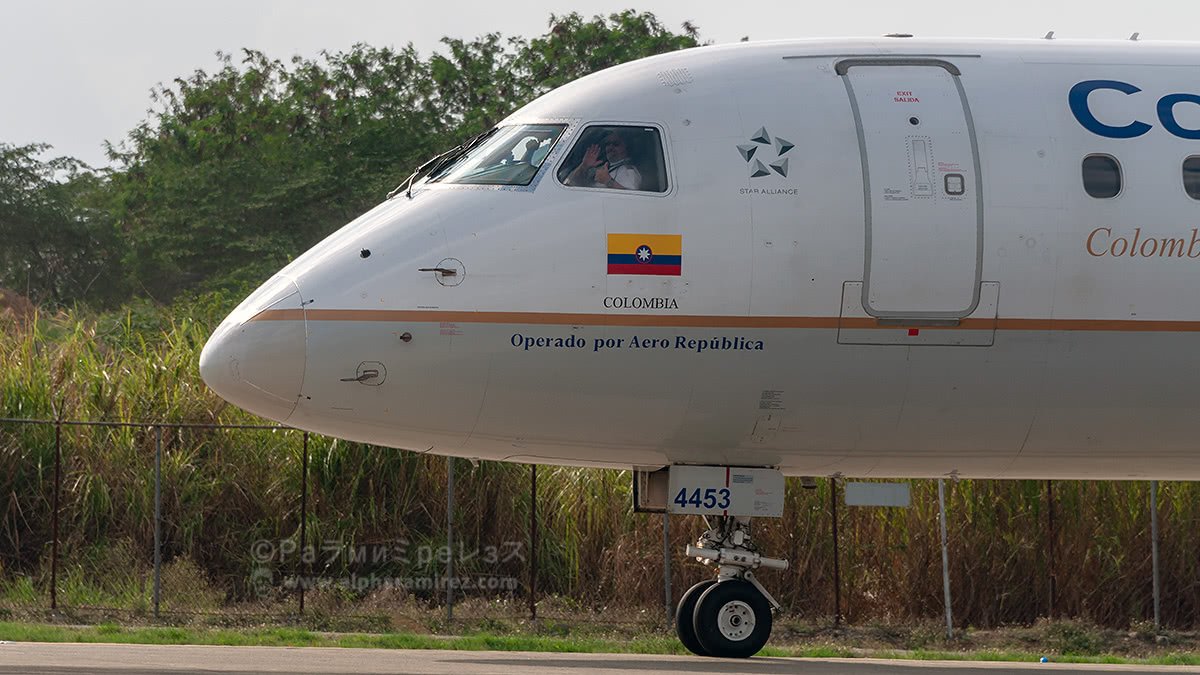 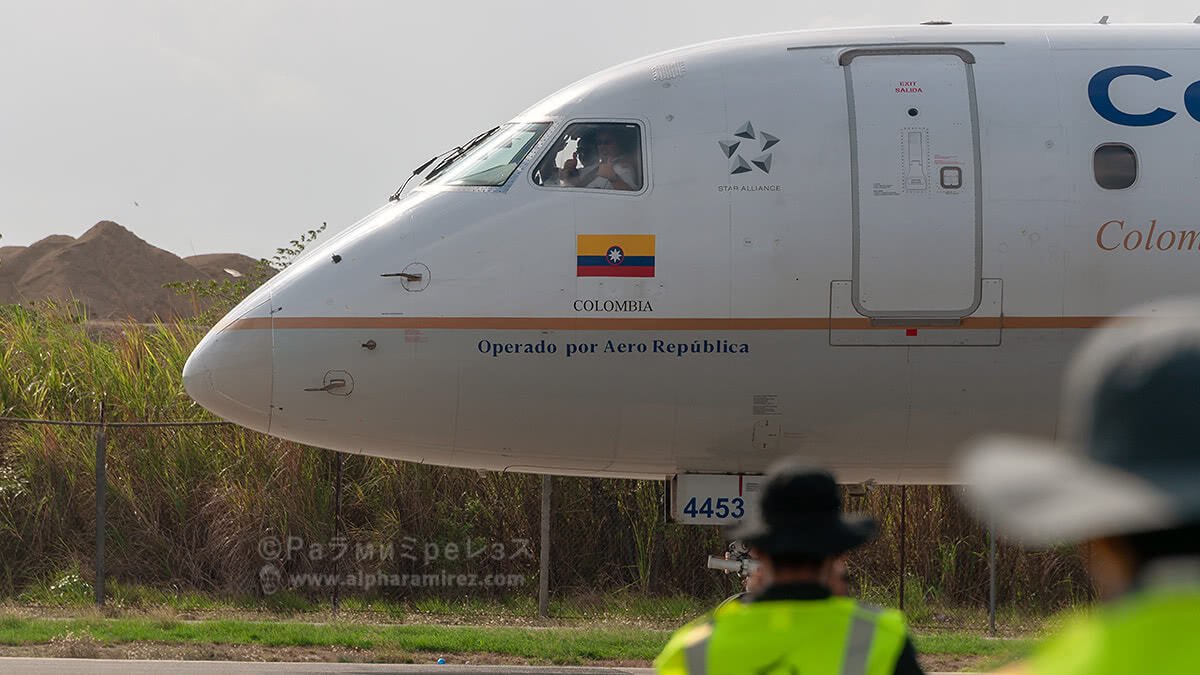 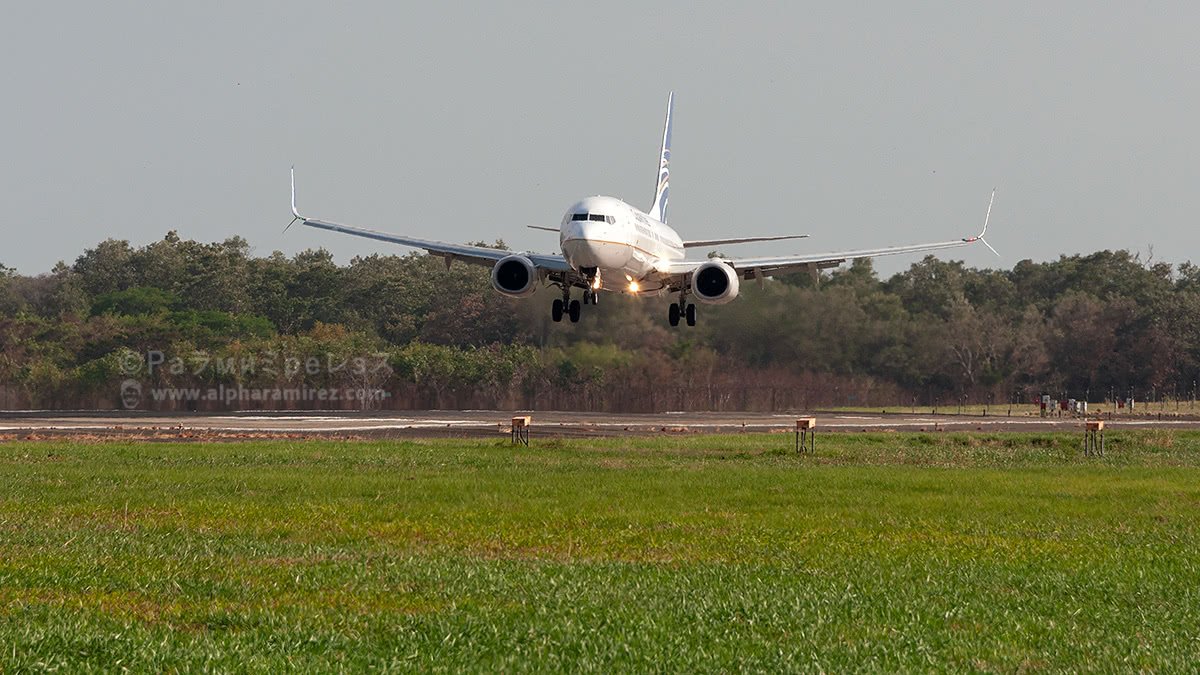 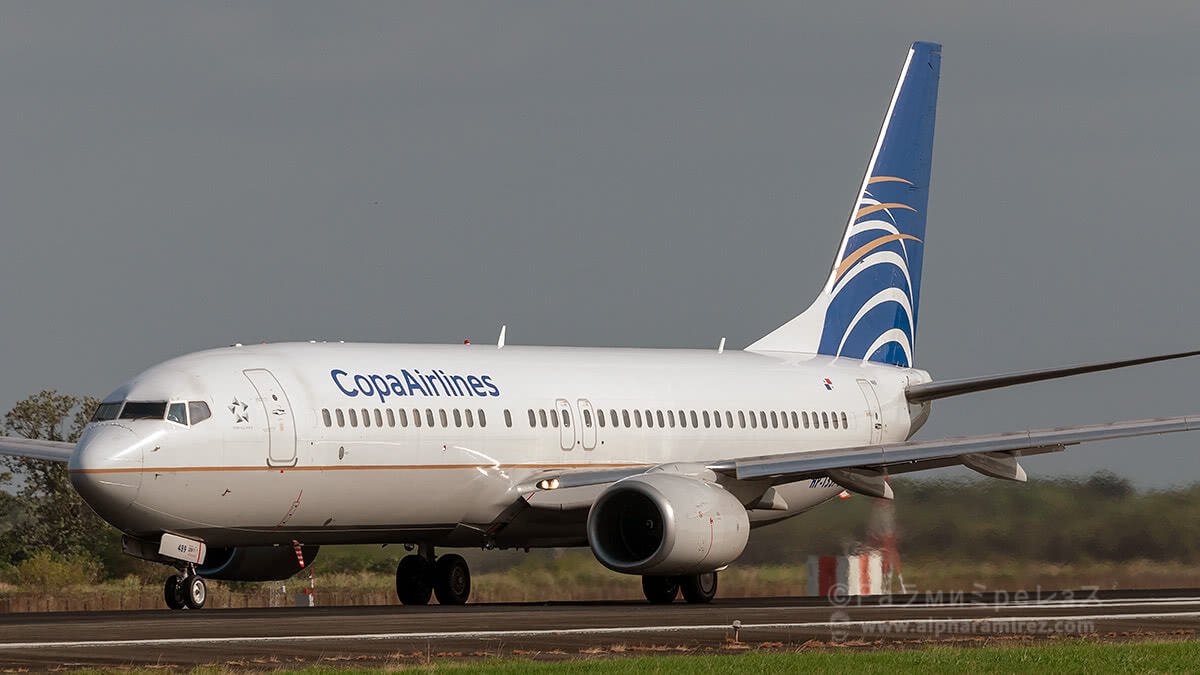 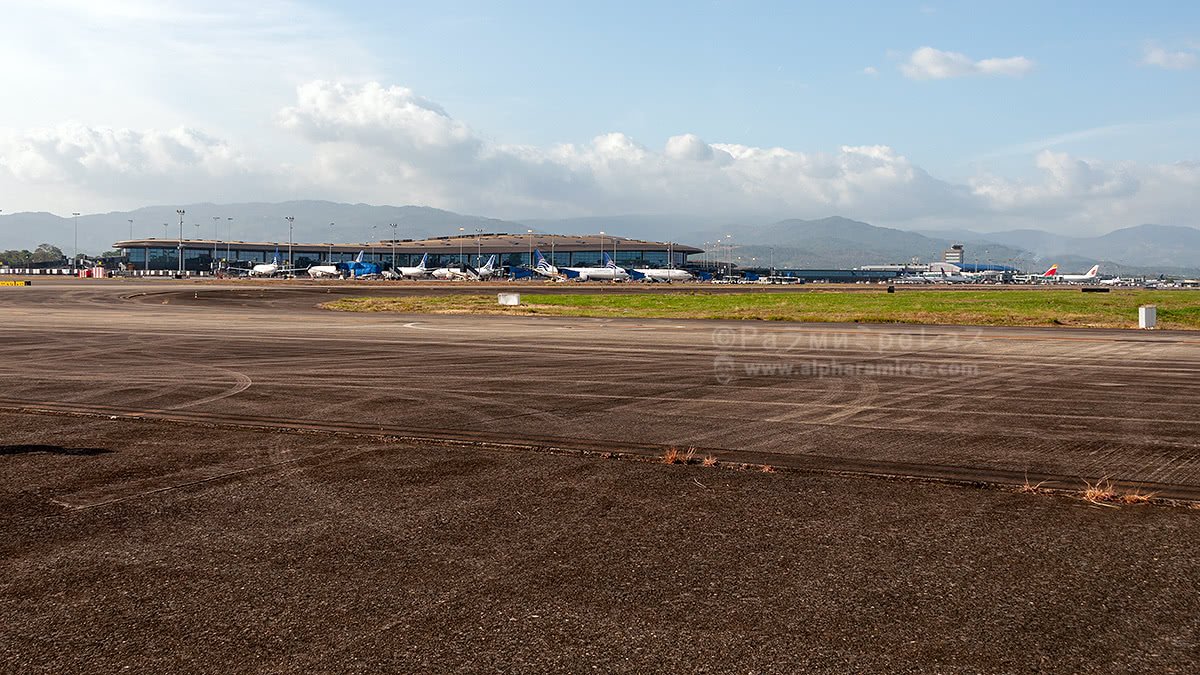 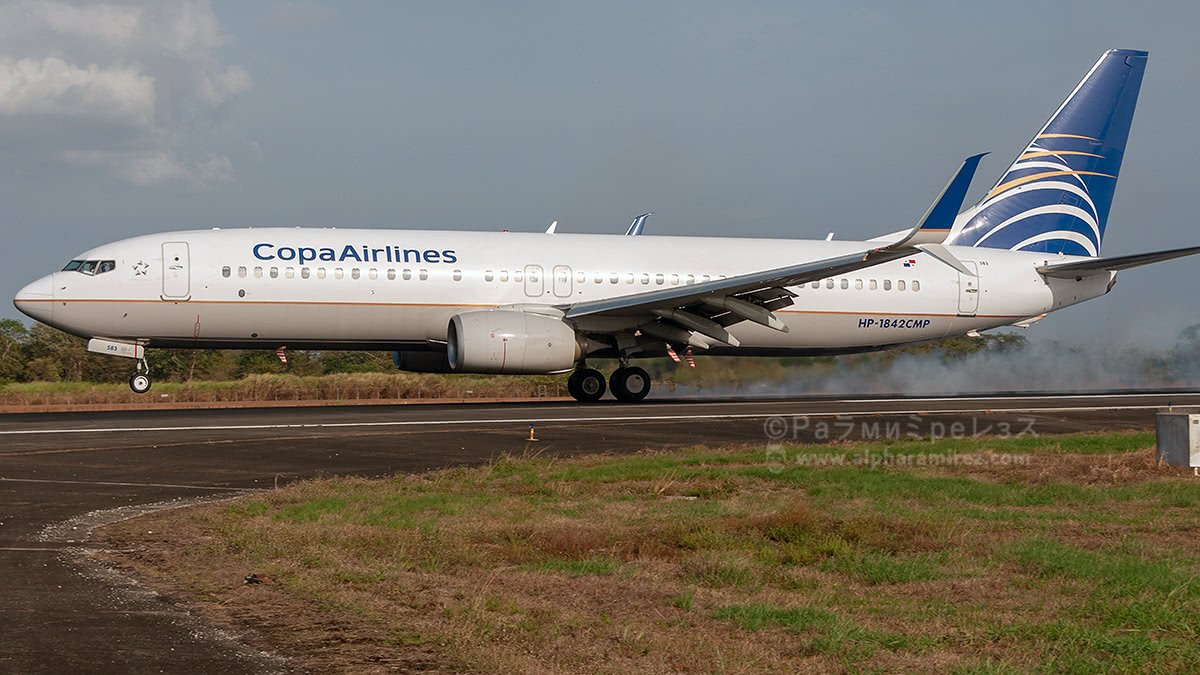 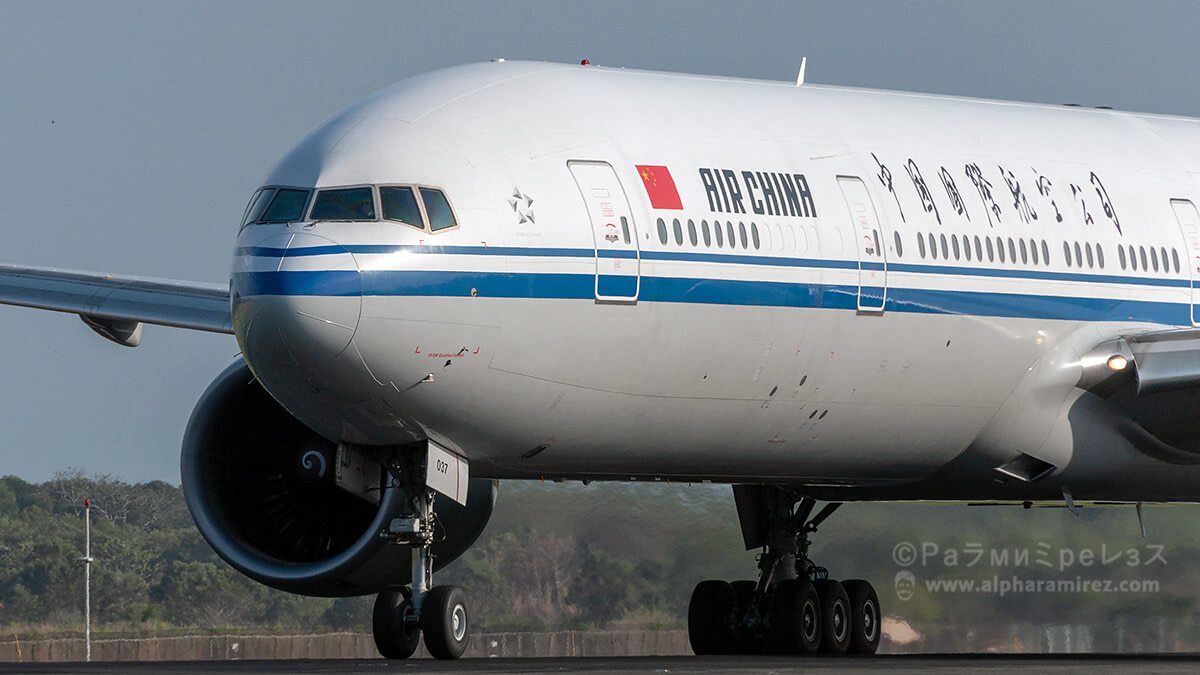 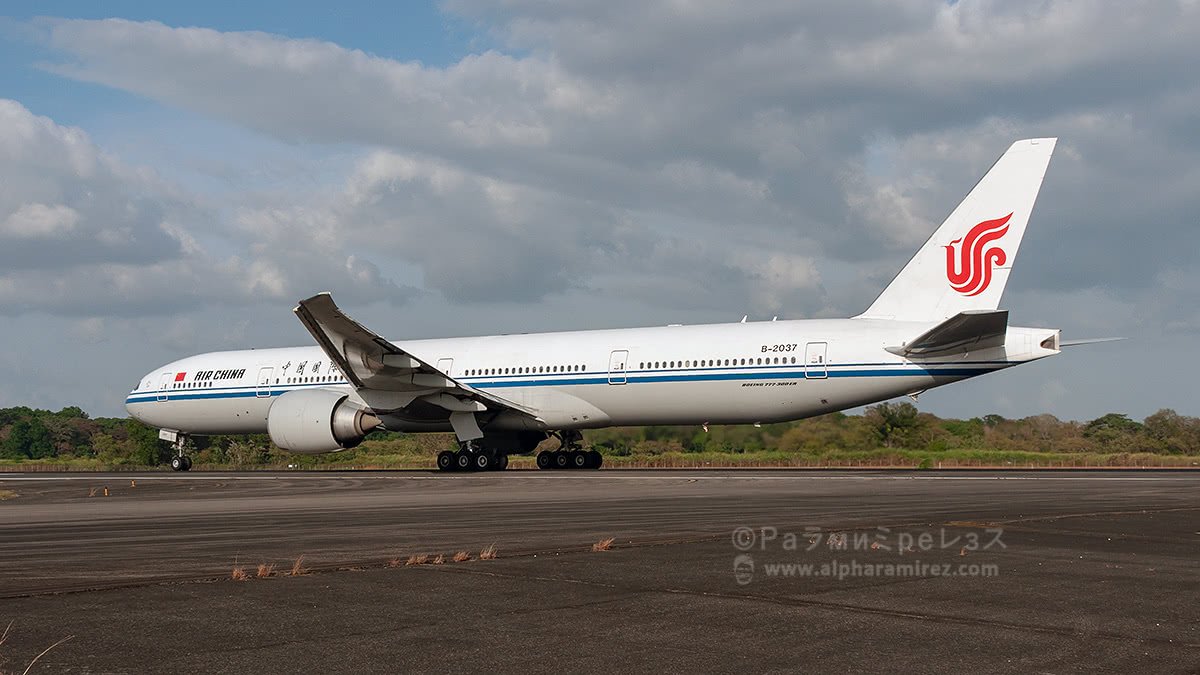 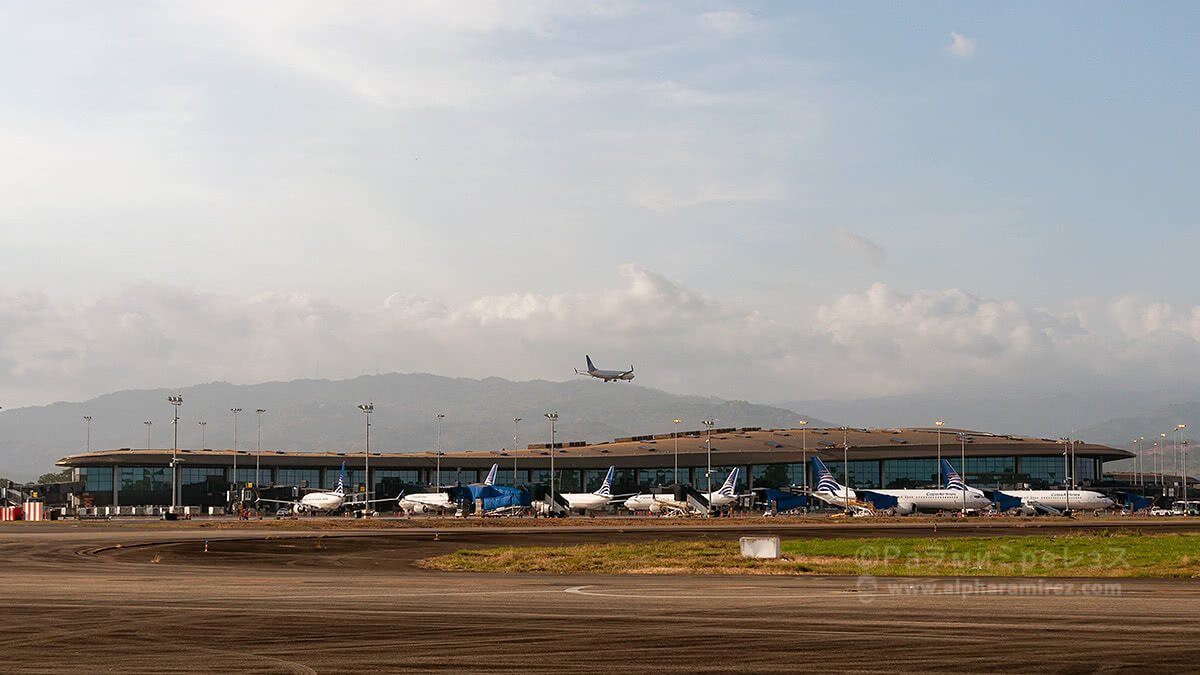 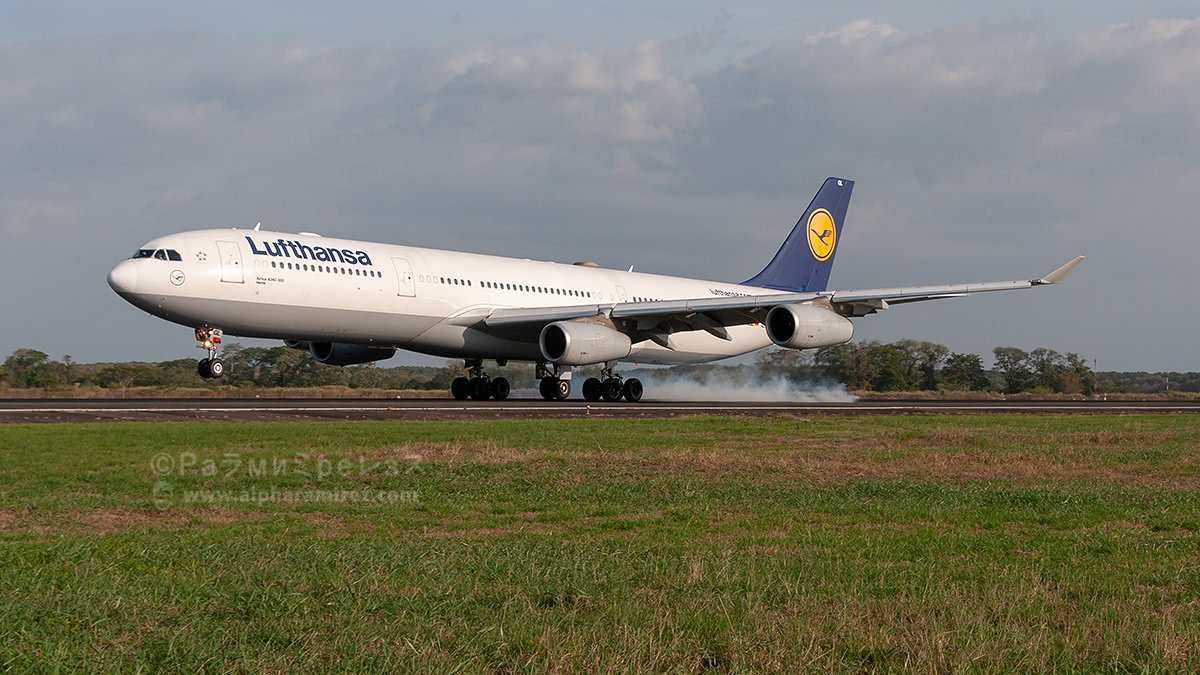 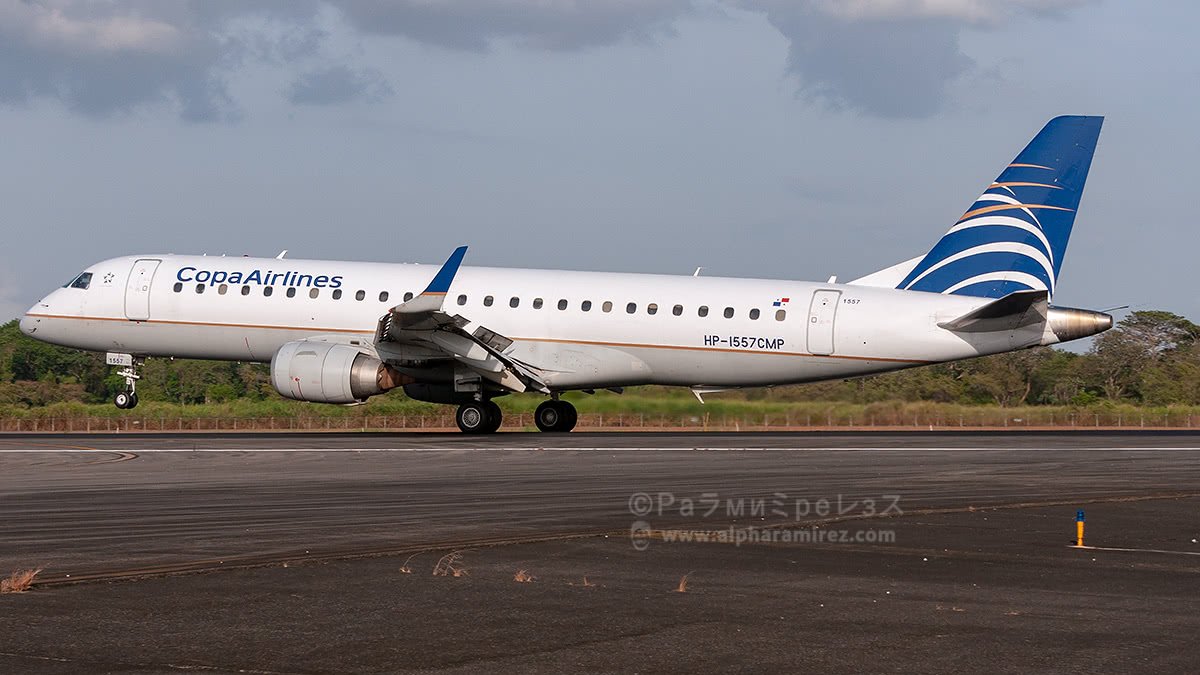 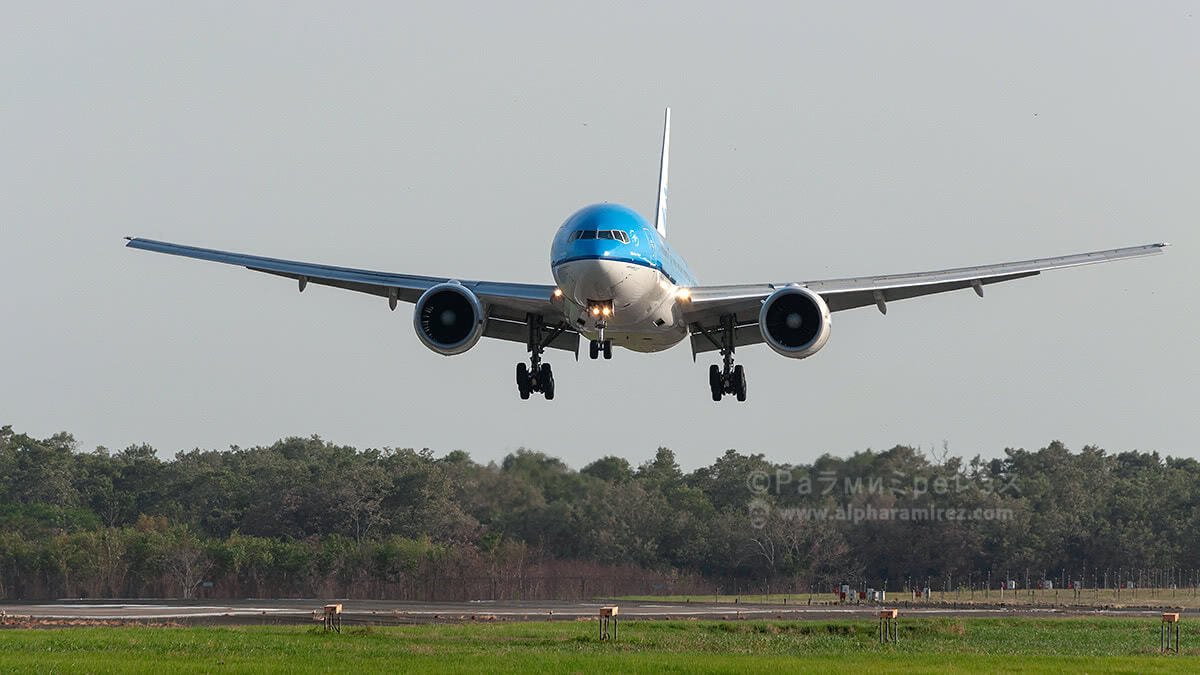 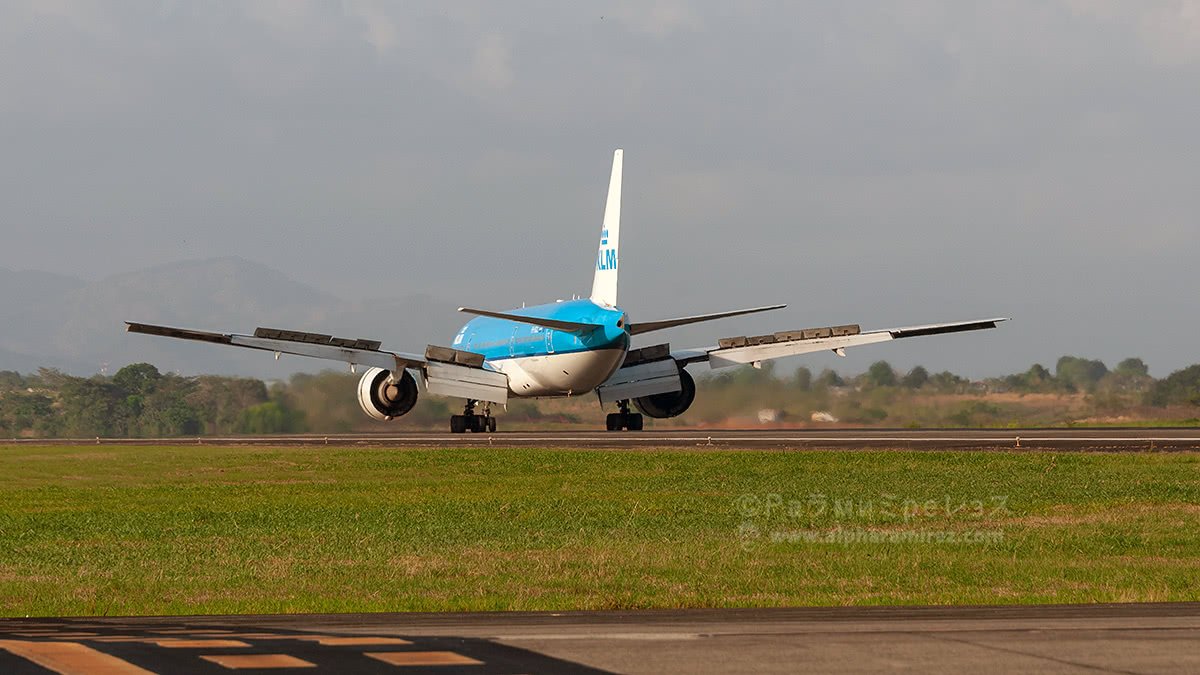 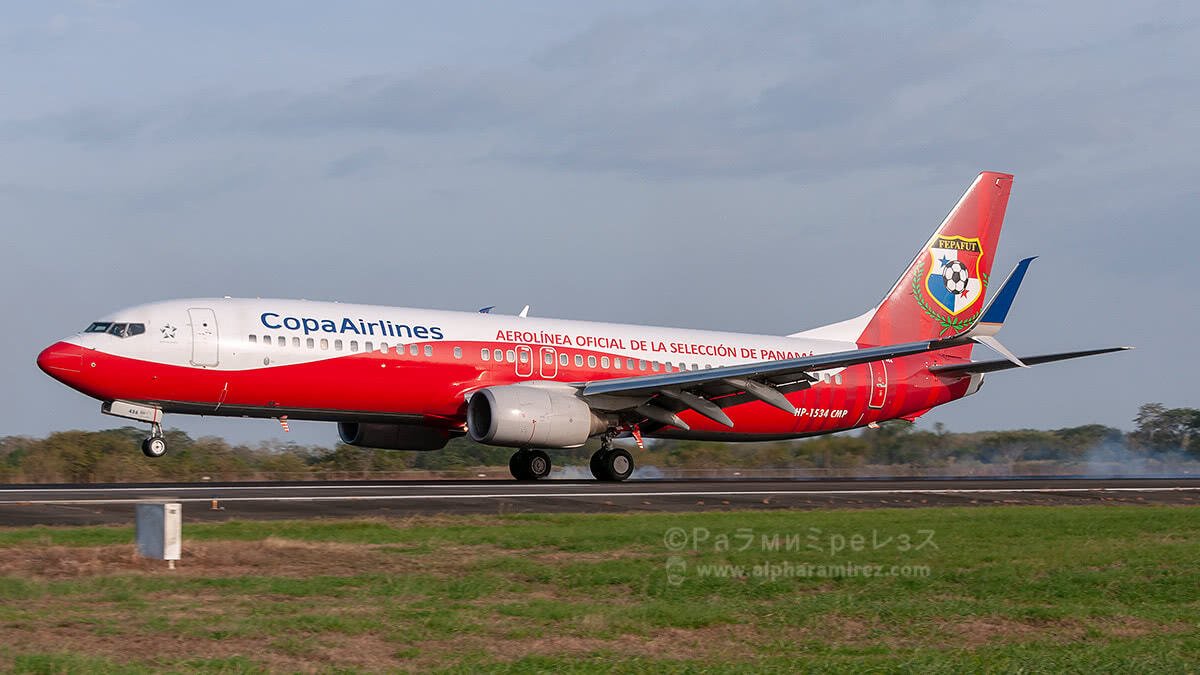 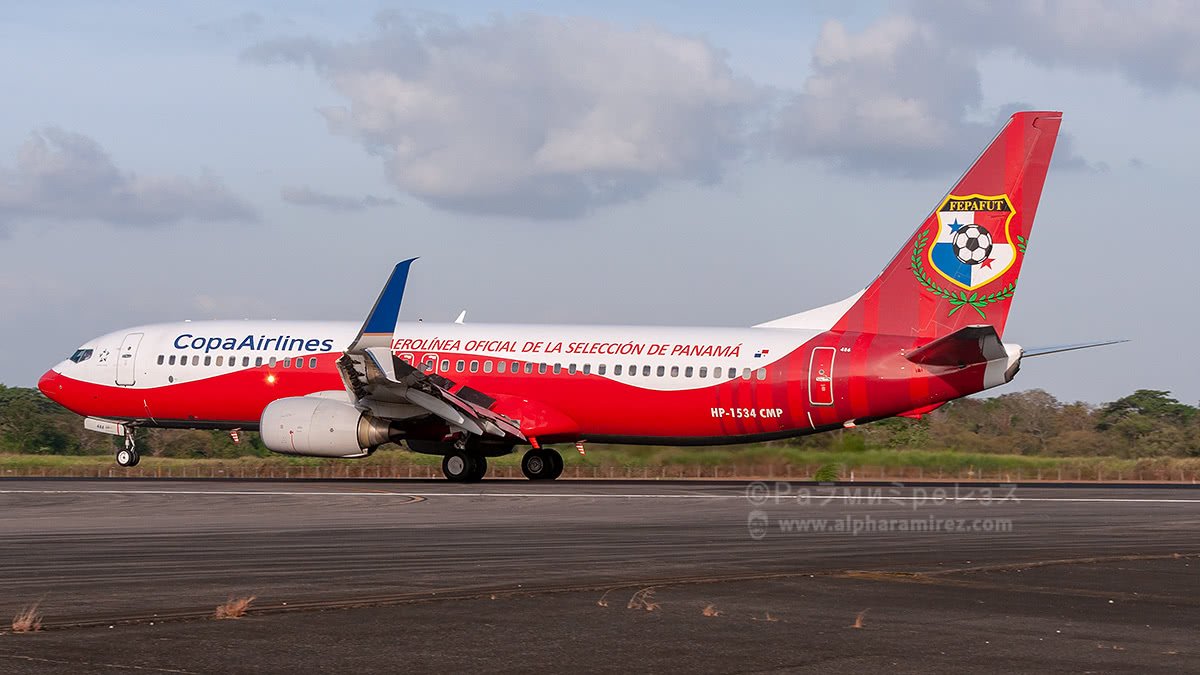 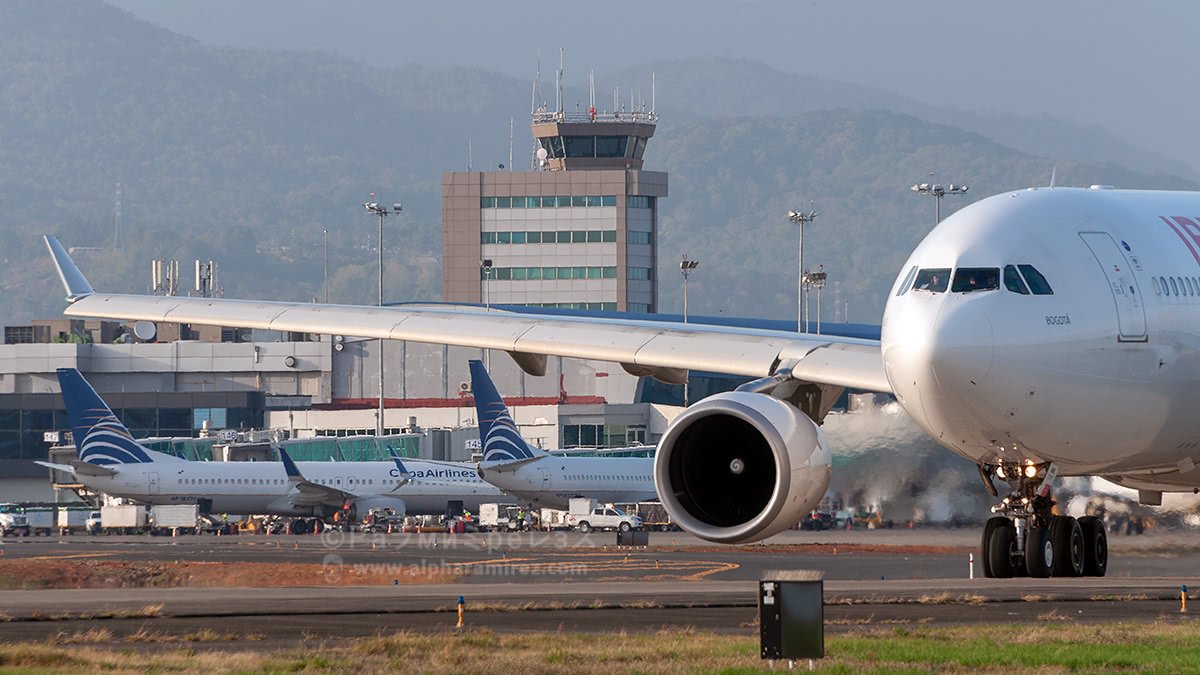 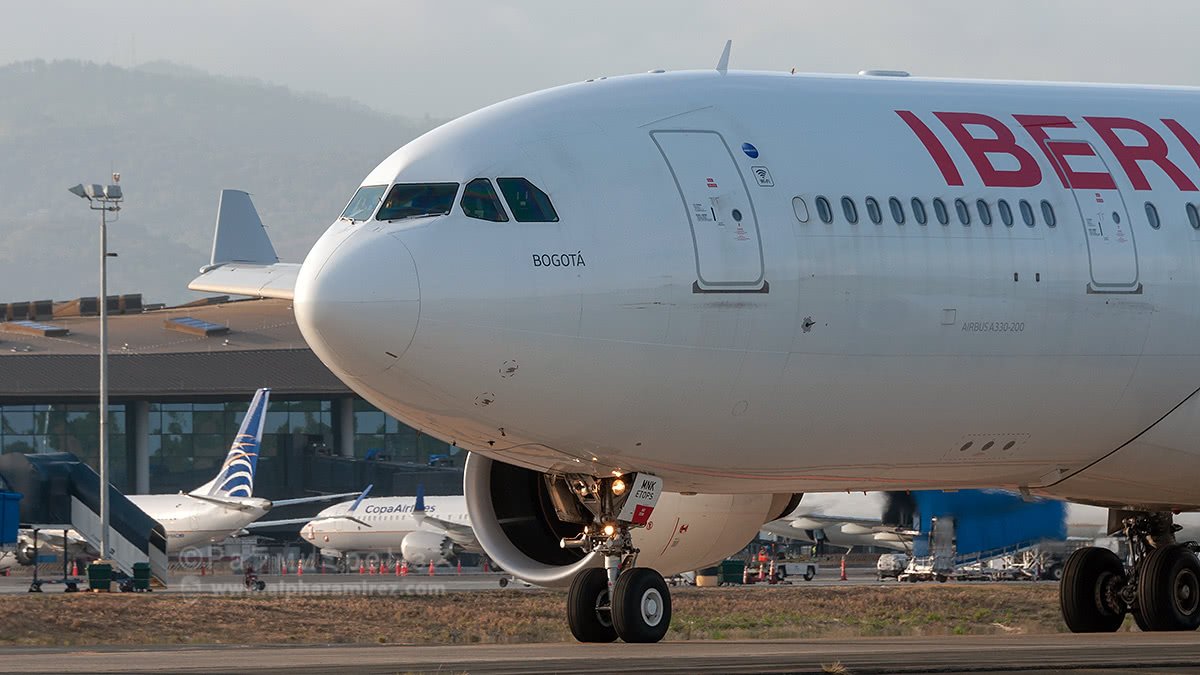 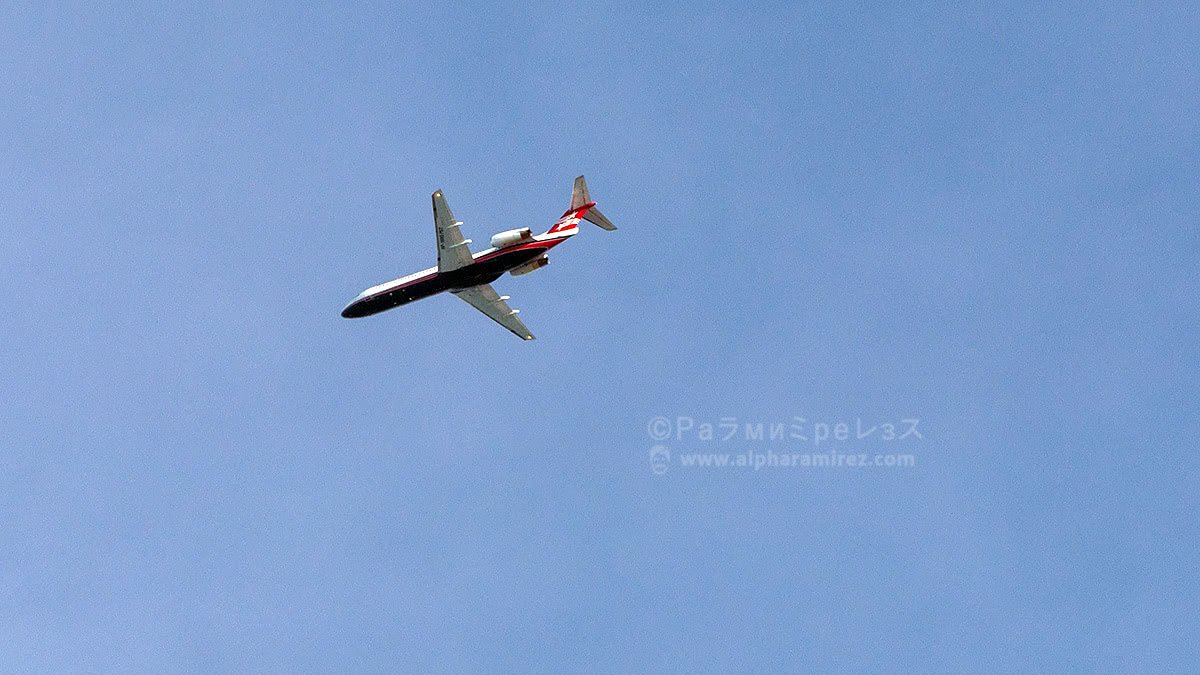 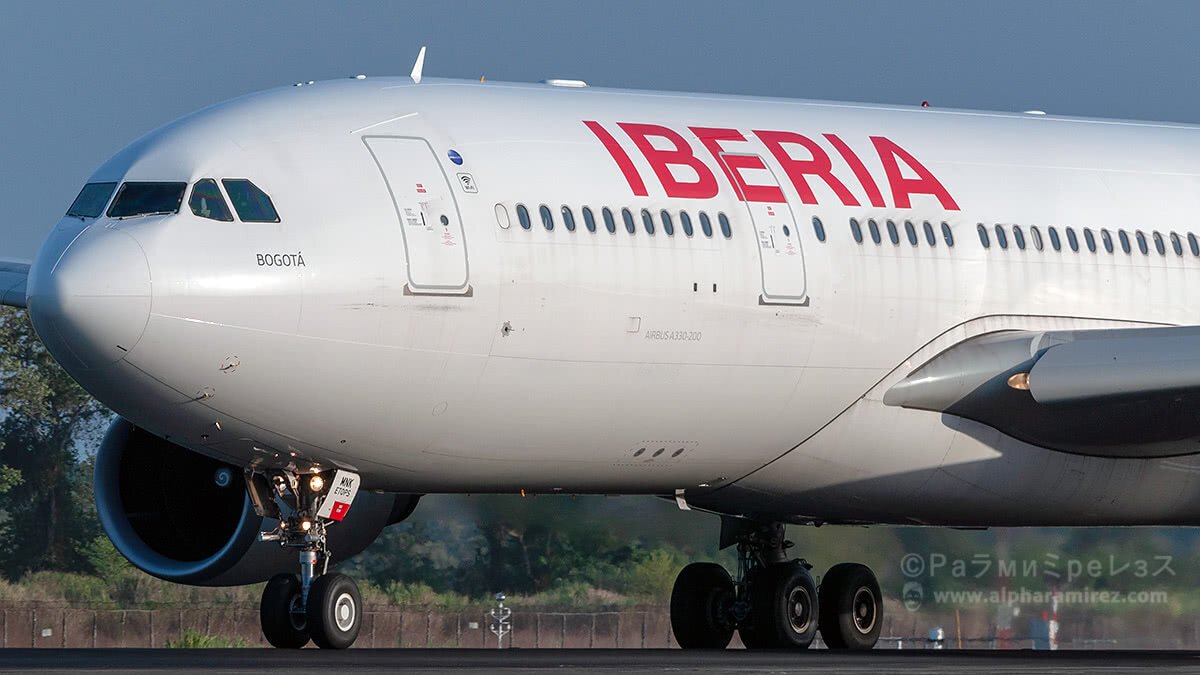 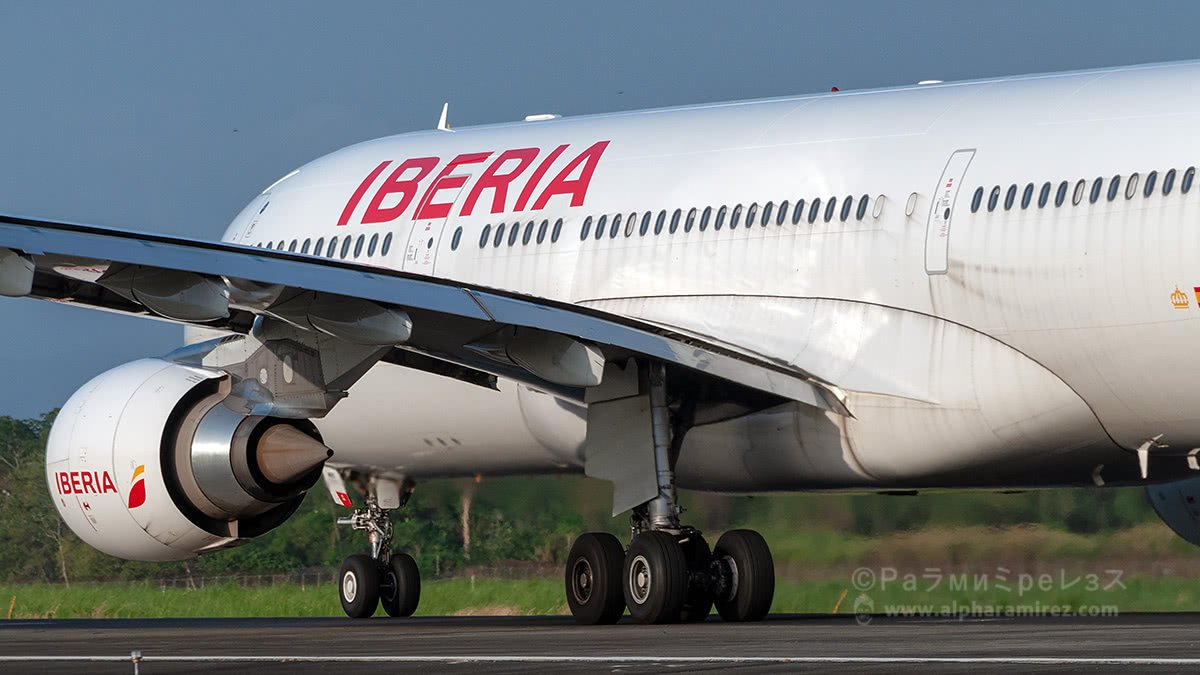 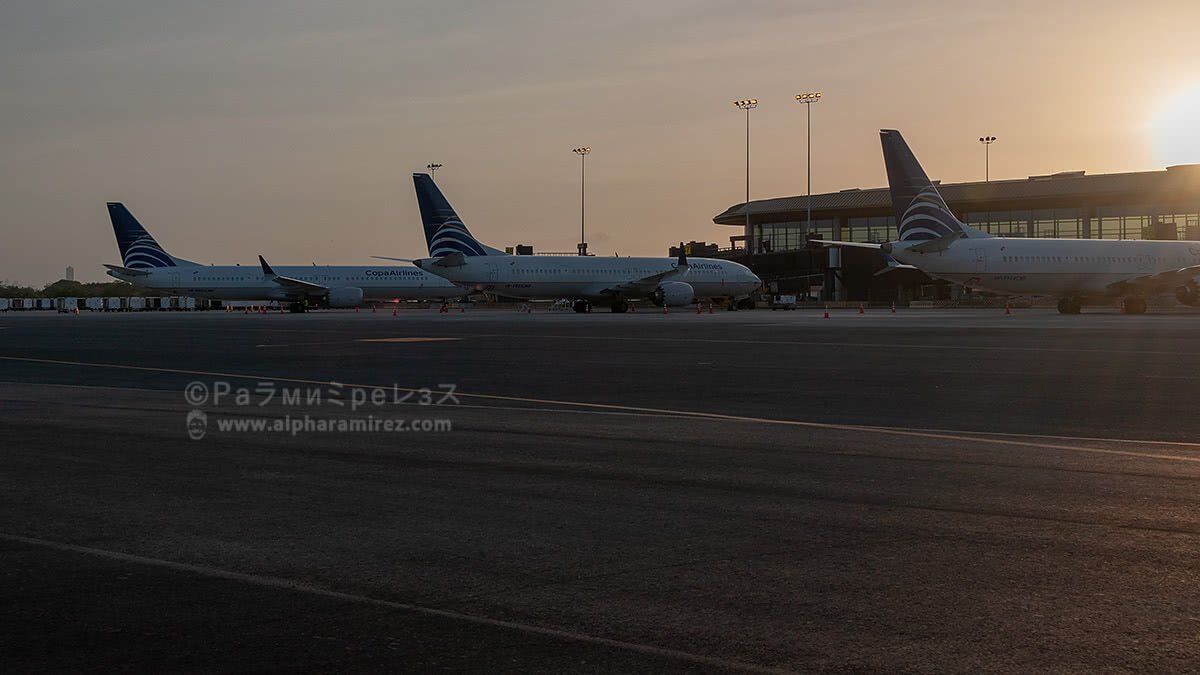 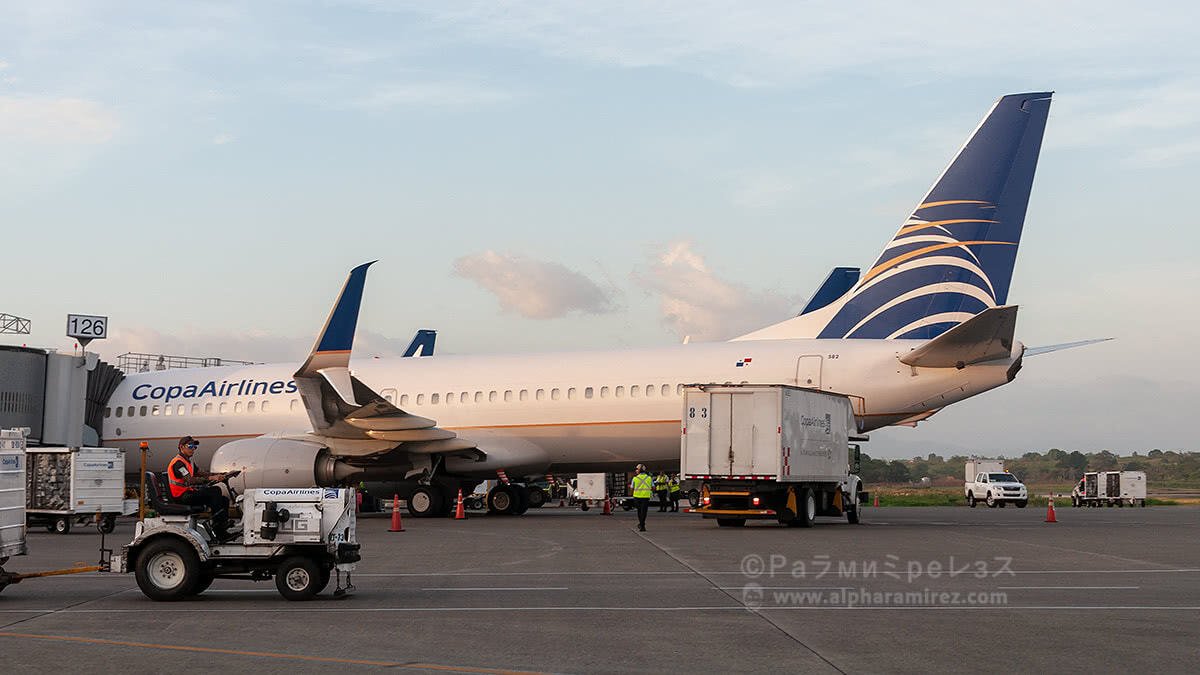 More photos of the event in Tocumen.

Last but not least, the list of Airplanes I saw operating for the geekiest (it doesn’t include static Airplanes nor the Boeing 737 MAXs). Click to see it.

But anyway, that wasn’t the only thing we did in Panama City that day. You can see the other things we did that day, and the return to Colombia on part three.

This Panama City and Tocumen Airport spotting event article is kind of long and thus is divided into three (3) parts. You have just finished reading part two (2). Choose here any other part you may want to go to: | One (1) | Three (3) |